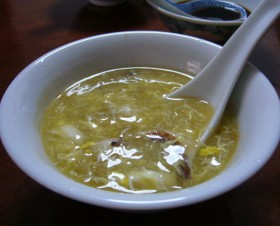 They have been feared and revered, mystified and worshipped.  For over 420 million years, sharks have remained largely unchanged after evolving into the and efficient predators they are today. On our blue planet, they have
held dominion in the oceans and rivers with almost no predators or threats, until now.

Each and every year up to 72 million sharks of various species are caught for one reason only, their fins. They are hooked on long-lines, landed on fishing vessels, the fins sliced off and then the body, still alive and writhing in agony, is thrown carelessly and thoughtlessly into the ocean only to drift to the bottom. Here they die a slow death either by drowning due to a lack of oxygen flow over the gills while motionless or possibly from being eaten alive. These fins, by their thousands across the world’s oceans each day, are brought to shore and laid out to dry before being shipped to Asian markets and restaurants where they fetch a hefty price for the suppliers.

Shark finning is as barbaric a treatment of such amazing animals as one could care to imagine, and it is all for the Asian demand of a tasteless, bland soup, which is flavoured with other soup ingredients such as chicken broth. Historically, the soup may date back to the Ming dynasty in China, being prized for its texture and rarity. Through the 1800’s it gained heightened popularity and into the 1900’s with the increases in living conditions and income, the dish grew in demand and it is now consumed at weddings and significant events as a mark of wealth and respect to guests.

In this last decade, it has been estimated that shark populations  have been decimated by up to 95% of their original wild numbers in many regions, almost entirely due to shark finning practices.  Every ocean and every sea is affected by this devastating activity, especially because many sharks are migratory and span many oceans between continents. Even countries with supposedly controlled fisheries are not immune. For example, shark finning occurs legally within Australia’s Great Barrier Reef, where although it is a legal requirement for the whole shark to be brought to shore, the fins still make their way to Asia, continuing to fuel the demand for this so-called delicacy.

Sharks, like mammals, are slow breeders, often gaining sexual maturity only after several years of life. As such they make take many years to recover in areas heavily targeted by the shark finning fishermen. The relentless onslaught of this practice is rapidly turning the tables on an animal that has lasted eons of time. With this continuing trend, many shark species are now severely endangered and being threatened with outright extinction…….. all for a bowl of soup.

The message now is clear.

This is where you can help.

Notice: Only variables should be assigned by reference in /homepages/20/d32992187/htdocs/bop/wp-content/themes/swatch/comments.php on line 12

Buy a t-shirt and more!